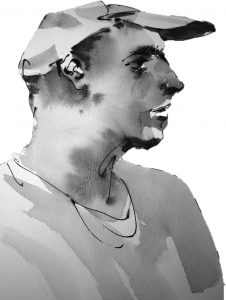 Victor Paul Borg has worked as a fulltime freelance photographer and writer for more than 20 years. In recent years he has gotten into investigative journalism in Malta; prior to that, he churned out a variety of writing work, including writing or contributing to various guidebooks published by British publishers Rough Guides and Time Out.

In photography, his output has mainly been documentary-style photography and travel photography. He has been teaching photography to students for a few years.

Victor has lived in various countries, notably Germany and England in Europe (aside from his native Malta). Thailand and China in Asia, and Australia in the southern hemisphere.

He has been a passionate outdoor adventurer and nature fiend. He has trekked around large parts of the mountains around the rim of Tibet, undertook explorations to the geographic frontiers (mostly in Asia), and, during his time in China, even organized and led occasional exclusive adventure tours to the back of beyond in the mountains of west China.